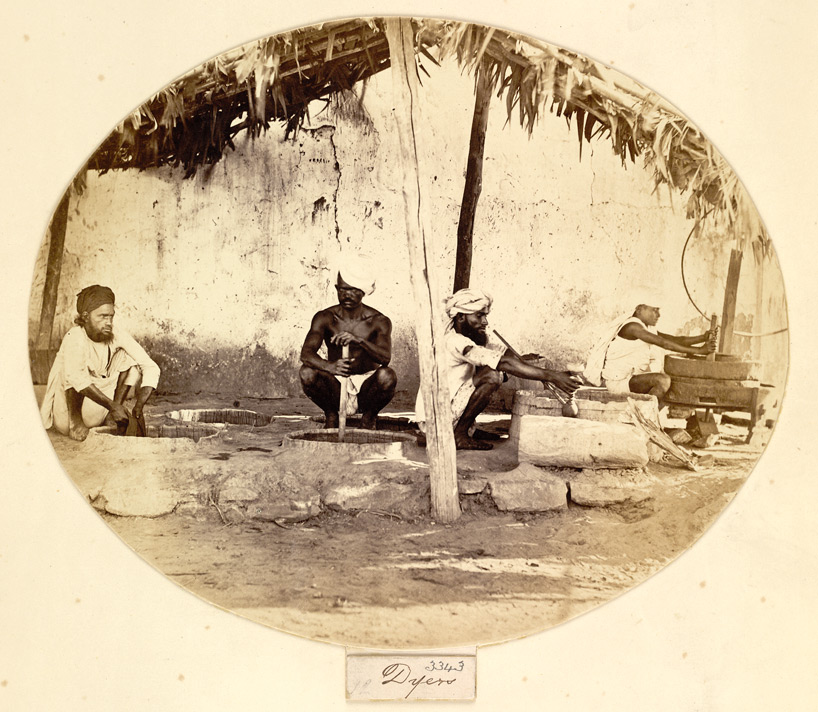 Photograph of dyers at work in Western India, taken by Shivashanker Narayen in c. 1873, from the Archaeological Survey of India Collections. After photography was introduced into India in the 1840s it rapidly grew in popularity, particularly as a means to record the vast diversity of people and their dress, manners, trades, customs and religions. The first official attempt to create a comprehensive record of Indian types was the 'The People of India'; an ethnographical survey edited by John Forbes Watson and John William Kaye, and published in eight volumes from 1868 to1875. This image of a group of dyers posed beside vats is probably the photograph shown at the Vienna Exhibition of 1873, and described by Watson in the catalogue as follows: "The vats are of clay, and built in as shown in the picture. The furnace goes right under the vat, the fuel used being the integument of the coca-nut.