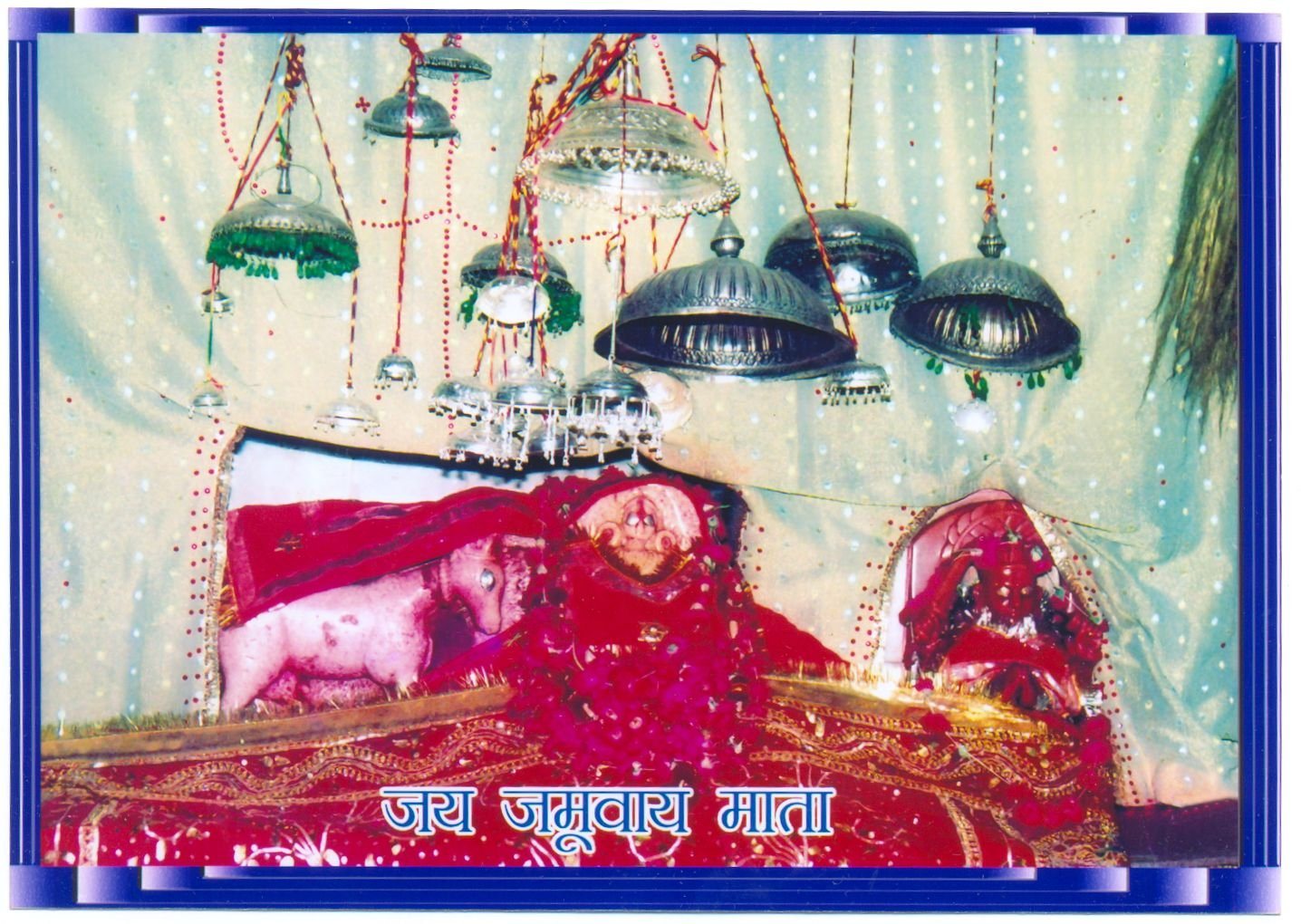 The Kachvahas used to live in Navargarh in central India, the place where Nala and Damayanti used to live. They left that place in search of a kingdom and wandered toward Rajasthan. When they arrived, they met resistance from some tribals. There was a big battle between the Kachvahas and the tribals where Rajgarh Dam is now (about forty minutes' drive from Jaipur). The Kachvahas fared badly. They lay wounded and dying on the battlefield and there was no water for them to drink. They began to think of Parvati and she became a cow. She stood over the dying soldiers and poured out her milk, which revived them. They renewed their attack and achieved victory.