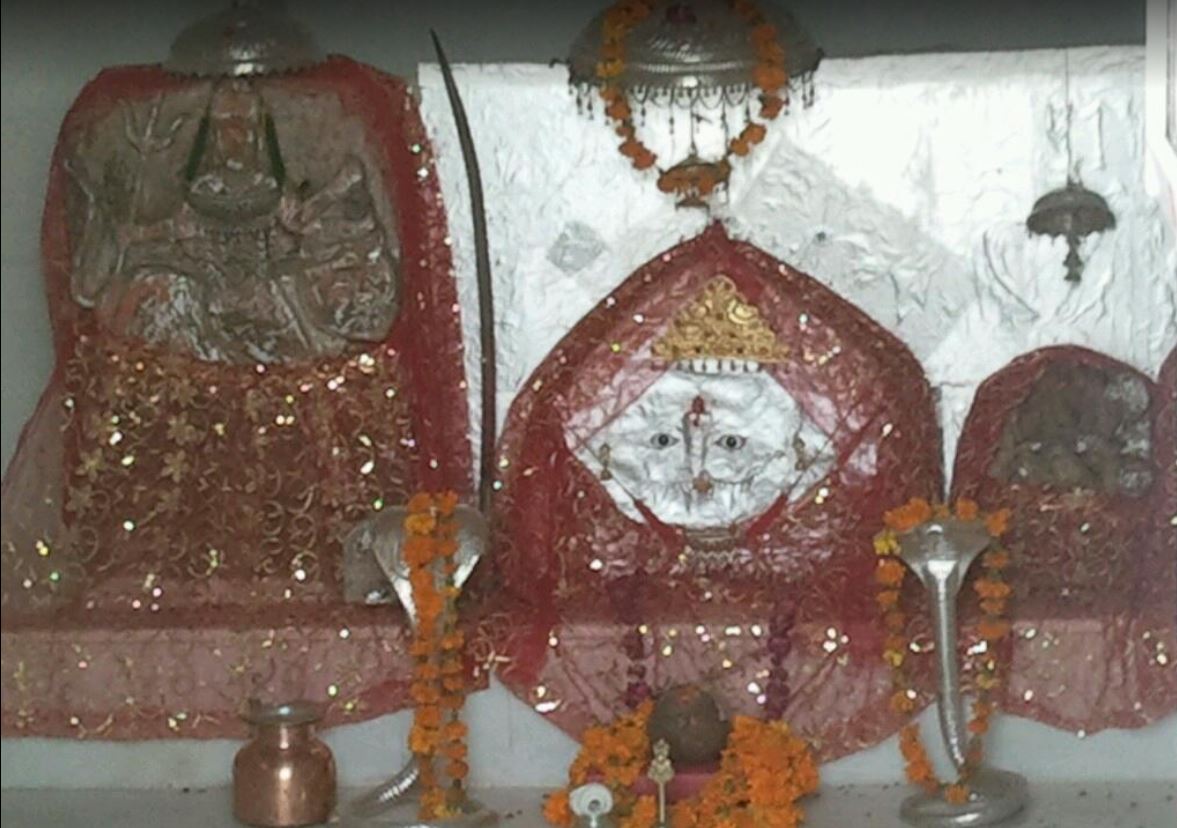 Naganecha Ji came with our ancestors when they moved here [Jodhpur] from the south. When Sinha Ji [a Rathaur king] was carrying her around his neck, she demanded that he put her down at Nagana. She wanted to stay there. He slept and she became anchored in the ground, never to move. From that spot a snake slithered away.

Naganecha Ji came with our ancestors when they journeyed from Idar [in Gujarat]. While they were fighting for Nagor, Naganecha Ji became their kuldevi . At Nagana they built a temple for her. She was called Naganecha Ji—Nagana plus ish , "deity." She appeared to Cumda Ji Rathaur, who had prayed to her because he was losing a battle. She manifested herself as a snake and from then on was always with him. Because of this the Rathaurs were able to conquer Marwar.