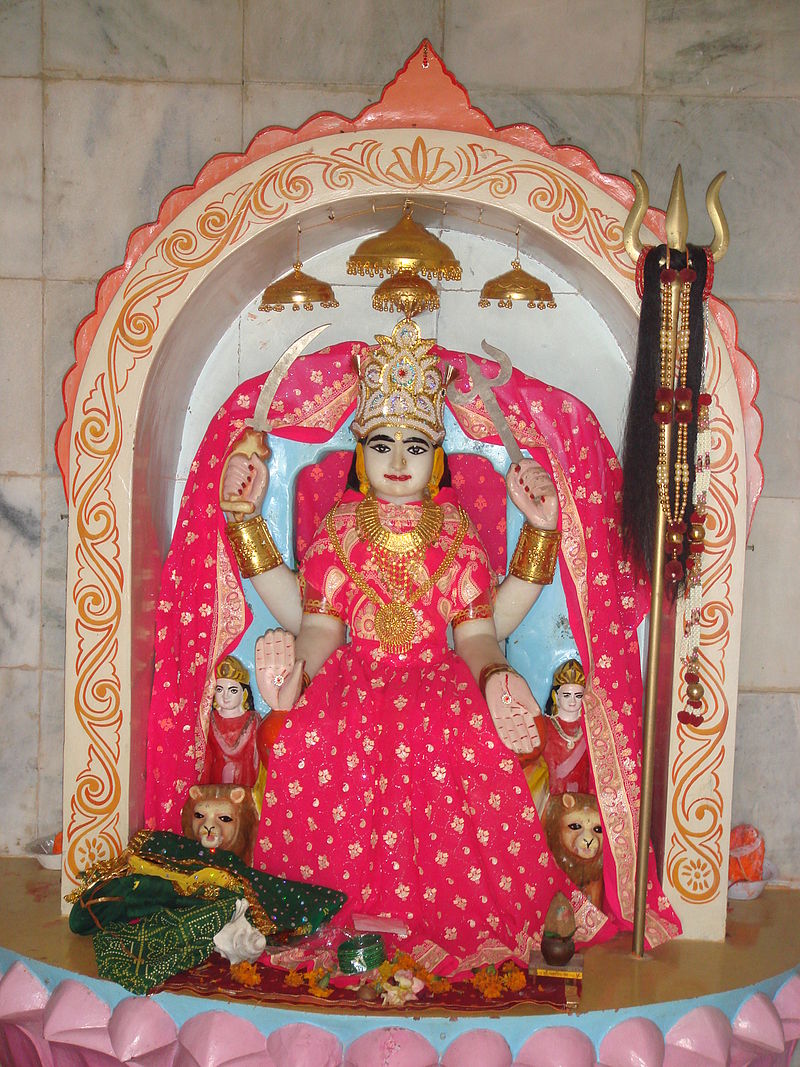 My forefathers used to wage many wars. One time my ancestor and his army had run out of rations on the battlefield. Annapurna maa appeared to my ancestor in a dream and said, "I will become a green fly and sit on your arm while you fight. You will win many villages." [Having received food and the protection of Annapurna's avatar] he was able to conquer 1,444 villages in a single night. Since then we worship both Annapurna and Ashapura.