The story of Akbar’s church

The story of Akbar’s church 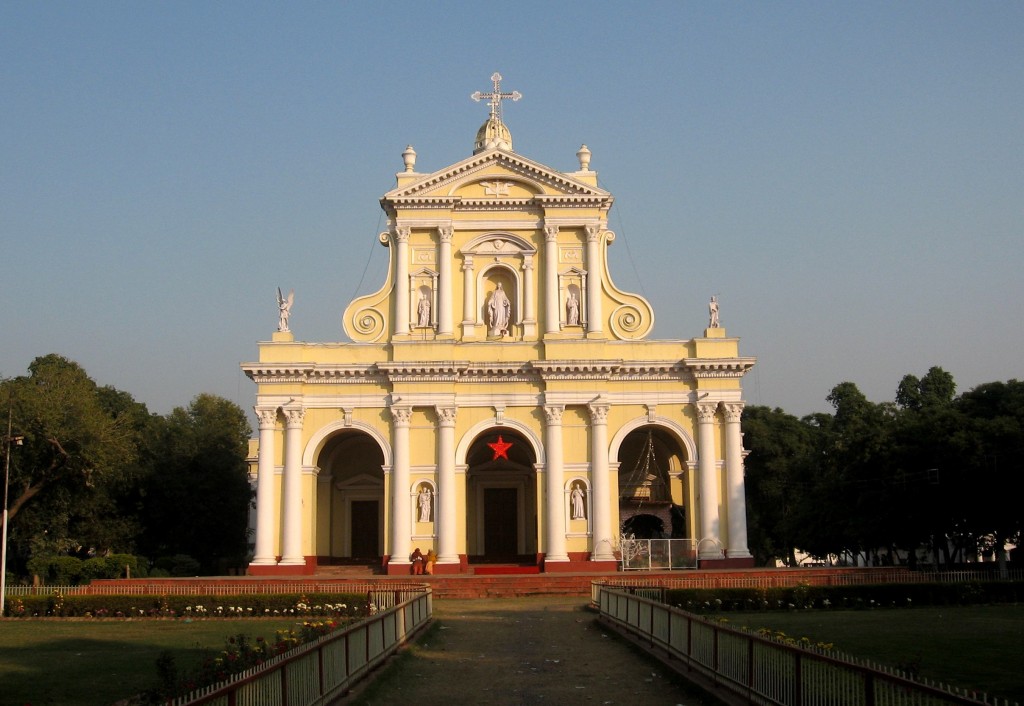 To all visitors, Agra is a Mughal city with the Taj Mahal as its focal point. Visiting the city to see a facet that is not Mughal may sound a bit like sacrilege. Not quite. Especially when the structure in question happens to be a church built during the reign of the Mughals. The city of Agra, while bearing ample evidence of having once been the Mughal imperial capital, also has a Christian face that is somewhat obscure.

The most significant Christian building in the city bears the somewhat enigmatic name of ‘Akbar’s church’. The story of this church dates back to February 18, 1580, on which date a delegation of three Jesuit priests reached Agra for an audience with Emperor Akbar. Portuguese Fathers Rodolfe Aquauiua, Antoine de Monserrate and Francois Henriques had made the long and difficult journey from Goa to Agra. Basis historical accounts, Akbar’s curiosity about different religions had caused him to invite priests from Goa. The enthusiasm of the holy fathers was high as they felt Akbar himself would convert, which would open the entire country to conversion.

While the priests were received with respect by the emperor, he never converted. The emperor often held debates between the priests and indigenous religious scholars at court. Father Monserrate moved on, but the faith preached by these early Jesuits left behind its mark in Agra. Merchants and travelers from France, Portugal, Holland and Italy etc, flocked to the imperial capital. Conversion to Christianity among locals also took place, adding to the numbers. Over time, Akbar granted land near an existing Armenian settlement for the first church to come up. This is the site where the ‘Akbar’s church’, originally built in 1598, stands today.

According to the historian RV Smith, the festival of Christmas would see the Emperor and his nobles come to the church in the morning, followed by ladies of the harem and young princes in the evening. It is in this period of religious experimentation that the first Nativity plays in India were staged, with Europeans playing a part within, often with the Emperor as the audience. The practices begun in Akbar’s reign continued in that of Jahangir. Gradually the play grew in scale and became better organized, with rehearsals taking place in an area called Phulatti. The acme was reached in 1610, when three of Jahangir’s nephews were baptized in the church. 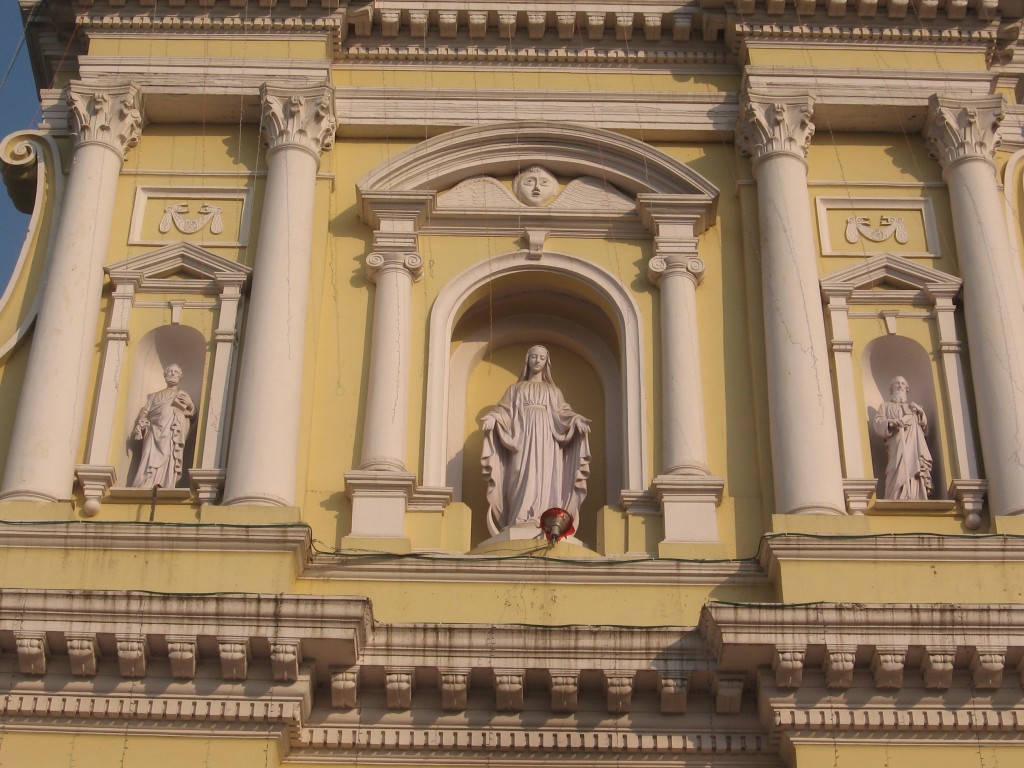 Shah Jahan’s conflict with the Portuguese halted imperial patronage temporarily. Along with many of the defeated Portuguese, Jesuit fathers were also persecuted. Their release in 1635 was subject to the church being pulled down, which was done – only to be reconstructed in 1636 at the same site. The next blip in the life of the church came when Ahmad Shah Abdali’s troops ransacked the place. In 1769, however, it found another patron in the form of the European adventurer Walter Reinhardt, who helped to rebuild and extend the church. His wife, later known as Begum Samru, was probably baptized in this church.

Rapid increase in the congregation led to the construction of a new church in 1848. This building, standing close to Akbar’s church and dominating what is now a large complex of church buildings is the imposing Cathedral of Immaculate Conception. Possessing a Baroque exterior at its front, the cathedral from within resembles a magnified version of Akbar’s Church with the same curved ceiling effect, the difference between the two places of worship being the altar. The cathedral today serves as the seat of the Catholic establishment in Agra. 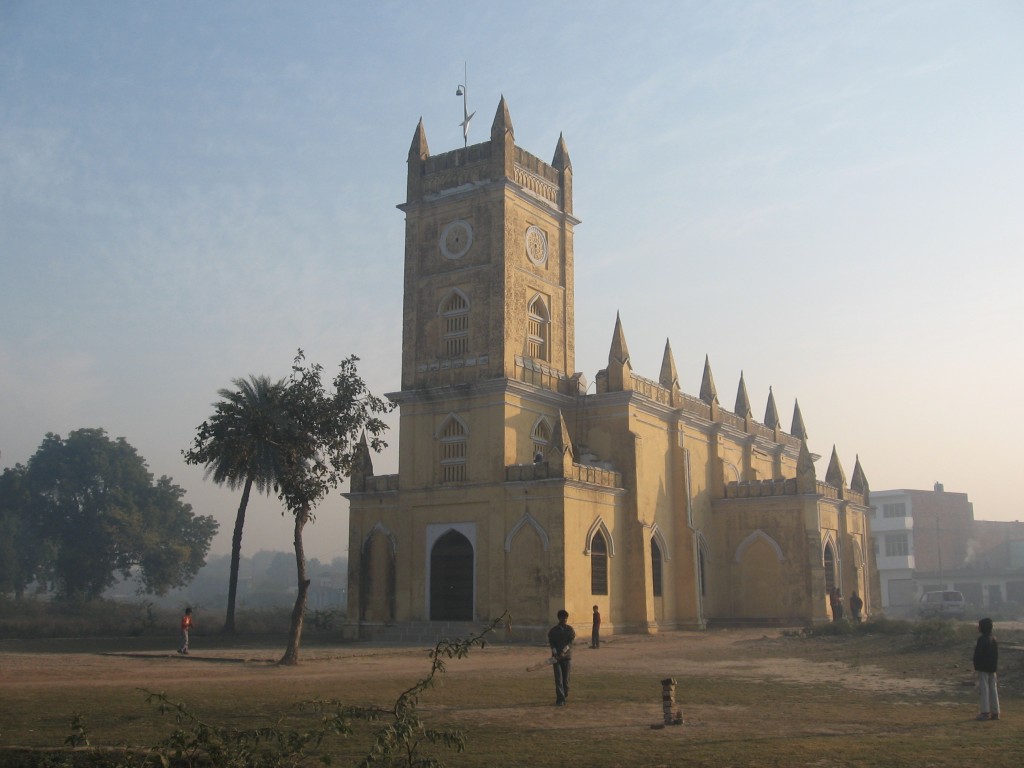 Protestant churches also began to be built at the same time. The oldest of these is the Church of St. John in the Wilderness, located in Sikandra. Also called Mission Church, it also has a Mughal era connect, albeit an indirect one. In the colonial era, the church precincts encompassed large swathes of the land around, including the nearby tomb of Akbar’s consort, Mariam Zamani. Around 1838, missionaries began an orphanage and school within the tomb building, for children orphaned in a terrible famine in the North West Frontier and undivided Punjab. A strange intertwining of Church history with Mughal heritage!

Arjun Kumar is a management postgraduate by training, a brand manager by profession and a heritage explorer by natural inclination. That odd mix translates itself into journeys that are meticulously researched for months before he actually sets out. Pre-Independence gazettes, 19th-century maps, forgotten corners of libraries and bits of conversation are pieced together painstakingly. The results show - with him reaching heritage sites that are as stunning as they are obscure. A member of the Indian National Trust for Art and Cultural Heritage (INTACH) and a diehard Louis L'amour fan, Arjun has just one prayer to his maker: Yol Bolsun - May there be a road.