This temple was built over three generations and took 103 years to finish.

This temple was built over three generations and took 103 years to finish. 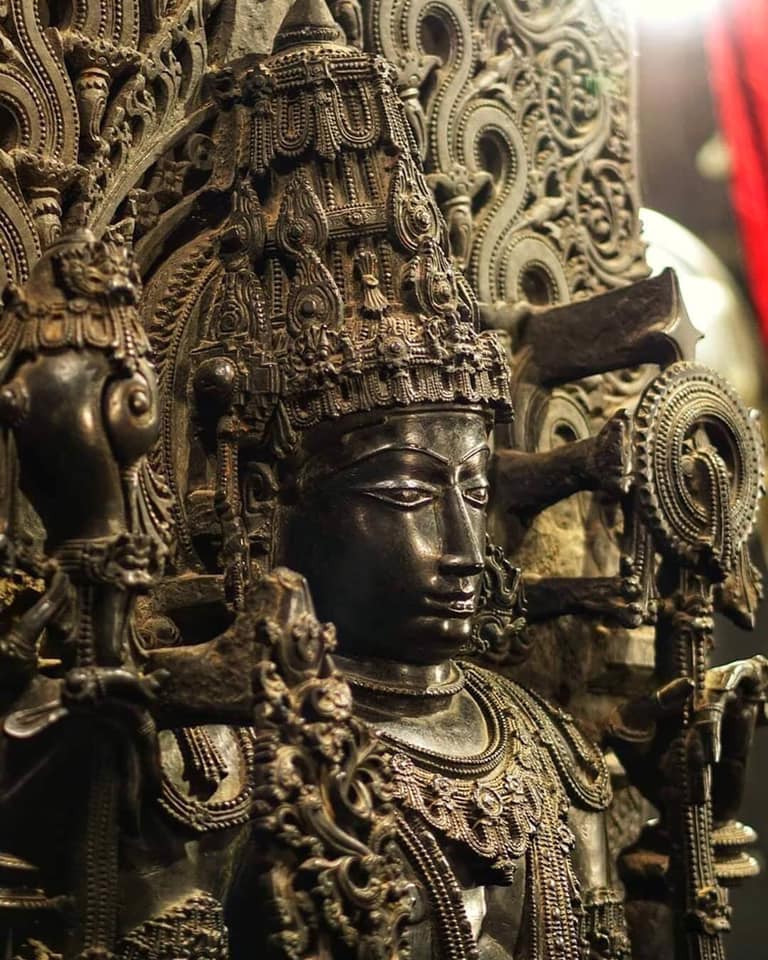 The Chennakeshava Temple, also referred to as Keshava, Kesava or Vijayanarayana Temple of Belur, is a 12th-century Hindu temple in the Hassan district of Karnataka state, India. It was commissioned by King Vishnuvardhana in 1117 CE, on the banks of the Yagachi River in Belur also called Velapura, an early Hoysala Empire capital. The temple was built over three generations and took 103 years to finish.It was repeatedly damaged and plundered during wars, repeatedly rebuilt and repaired over its history. It is 35 km from Hassan city and about 200 km from Bengaluru.
Chennakesava (lit, "handsome Kesava") is a form of the Hindu god Vishnu. The temple is dedicated to Vishnu and has been an active Hindu temple since its founding. It is reverentially described in medieval Hindu texts, and remains an important pilgrimage site in Vaishnavism.The temple is remarkable for its architecture, sculptures, reliefs, friezes as well its iconography, inscriptions and history. The temple artwork depicts scenes of secular life in the 12th century, dancers and musicians, as well as a pictorial narration of Hindu texts such as the Ramayana, the Mahabharata and the Puranas through numerous friezes. It is a Vaishnava temple that reverentially includes many themes from Shaivism and Shaktism, as well as images of a Jina from Jainism and the Buddha from Buddhism. The Chennakeshava temple is a testimony to the artistic, cultural and theological perspectives in 12th century South India and the Hoysala Empire rule.
The Belur temple complex along with the nearby Hindu and Jain Temples at Halebidu have been proposed to be listed under UNESCO World Heritage Sites.

The entrance gopuram and courtyard of Chennakeshava temple at Belur
History
The Hoysala period of South Indian history began about 1000 CE and continued through 1346 CE. In this period, they built around 1,500 temples in 958 centres. Belur is called Beluhur, Velur or Velapura in old inscriptions and medieval era texts. It was the early capital of the Hoysala kings. The city was so esteemed by the Hoysalas that it is referred to as "earthly Vaikuntha" (Vishnu's abode) and "dakshina Varanasi" (southern holy city of Hindus) in later inscriptions.
One of the Hoyasala kings was Vishnuvardhana, who came to power in 1110 CE. He commissioned the Chennakeshava temple dedicated to Vishnu in 1117 CE after an important military victory in 1116 CE. According to a later mythology, Vishnuvardhana built this temple to mark his conversion to Sri Vaishnavism after coming under the influence of Ramanuja, but states Shadakshari Settar, the historical records do not support this theory.

Artwork at Chennakeshava temple.
The Chennakeshava temple at Belur took 103 years to build. Vishnuvardhana moved his capital to Dvarasamudra (now called Halebidu), where he started the construction of the Hoysaleswara Temple dedicated to Shiva. Its construction continued till he died in 1140 CE. His legacy was continued by his descendants who completed the Hoysaleswara Temple in 1150 CE, and the Chennakesava Temple, Somanathapura in 1258 CE. The Hoysalas employed many noted architects and artisans who developed a new architectural tradition, which art critic Adam Hardy called the Karnata Dravida tradition.
The Hoysala Empire and its capital was invaded, plundered and destroyed in the early 14th century by Malik Kafur, a commander of the Delhi Sultanate ruler Alauddin Khalji. Belur and Halebidu became the target of plunder and destruction in 1326 CE by another Delhi Sultanate army.The territory was taken over by the Vijayanagara Empire. The Hoysala style, states James C. Harle, came to an end in the mid 14th century, when King Ballala II was killed in a war with the Muslim army led by Malik Kafur. 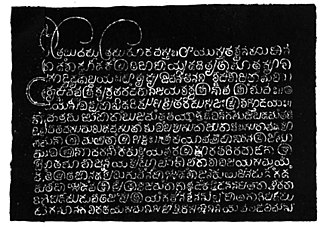 Example Belur temple inscription in Sanskrit, written in Old Kannada script
Inscriptions
Historians have found 118 inscriptions in the temple complex, dated between 1117 CE to the 18th century, which provide a history of the temple, the grants made to the Chennakeshava temple for its upkeep and the repairs during later times.

The temple is famous for its rendering of Mohini, the female avatar of Vishnu.
Blog by
Gyanesh
Temples