Tanaji - The Hero of Surgical Strike that Shook the Mughal Empire.

Tanaji - The Hero of Surgical Strike that Shook the Mughal Empire. 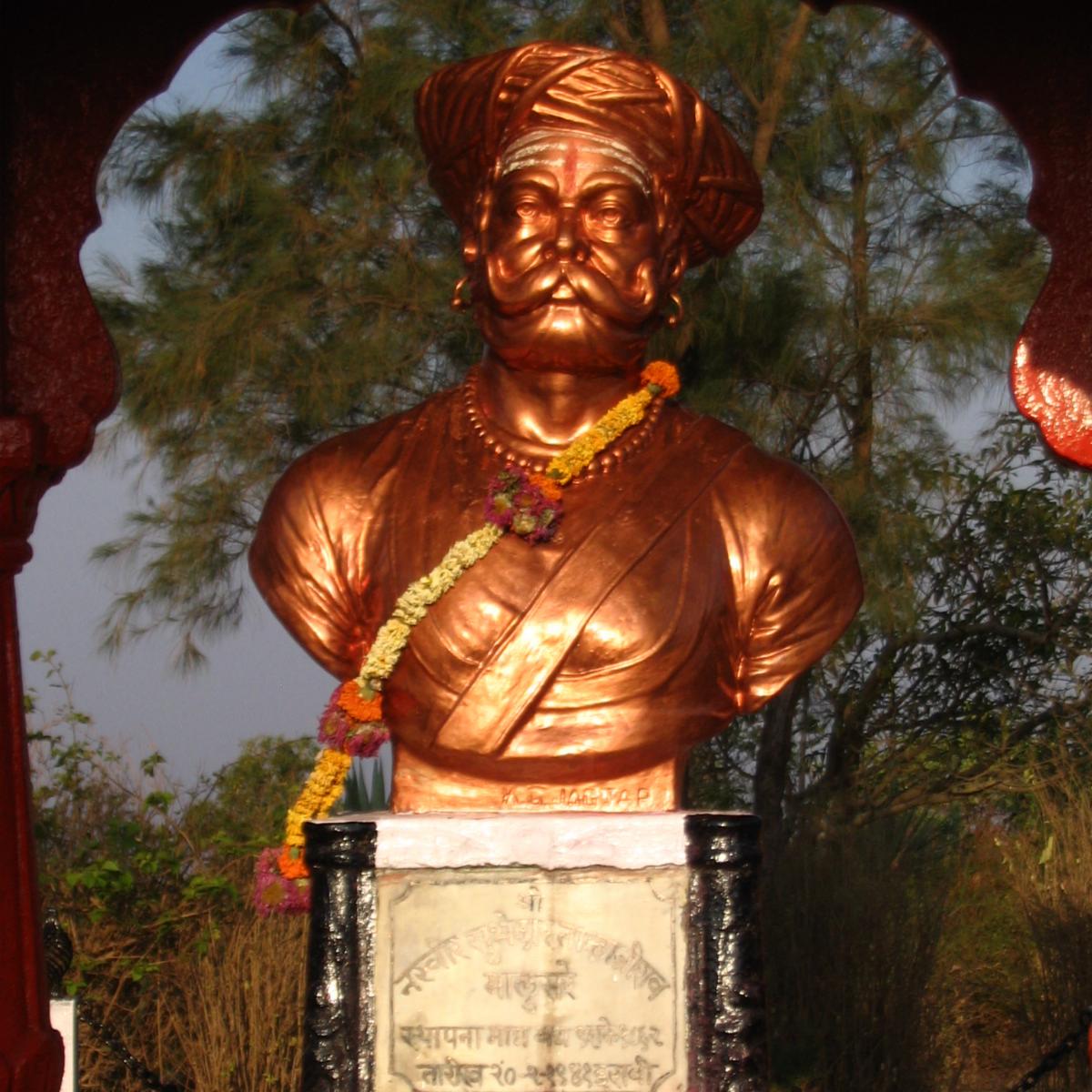 Tanaji Malusare, a role model for Patriotism, Relationship, Dare-devilry and Tactics, in the age of 70 years he led a small group of Maratha troops to fight with Mughal army and reconquered Sinhgad fort which was considered as impregnable. In the Medieval era, Tulsidas composed the poem Powada depicting Tanaji's bravery. Vinayak Damodar Savarkar wrote a Ballad (Story song) on Tanaji Malusare, but in an effort to erase the brave soldier from history, the colonial British government banned it. This ban was lifted on May 24, 1946. Follow the article to know more:

The Sinhgad Fort was initially known as "Kondhana" after the sage Kaundinya. It is more than 2000 years old hill fortress, located at around 35 km southwest of the city of Pune, India. The fort is situated on a hill about 760 metres above ground and 1,312 metres above mean sea level. The Sinhagad (Lion's Fort) was strategically built to provide natural protection due to its very steep slopes.

Charles Augustus Kincaid writes a vivid description of the area in ‘A History of the Maratha People’. He says that Sinhgad is situated on the eastern side of the Sahyadari ranges, near the point where the Purandar hills branch off into the Deccan. It is connected with these hills on the east and west by very narrow ridges. There is a steep precipice of 40 feet above this height and the strong walls of the fortress stand above this precipice. The same is depicted in the picture here (Photo Source: Twitter) 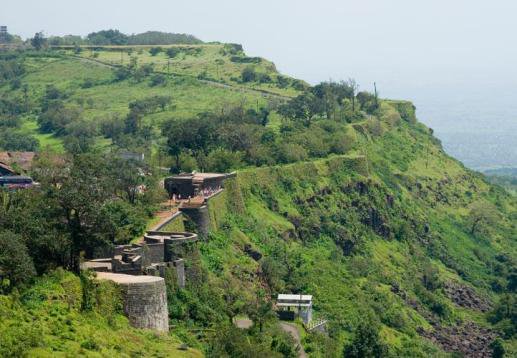 In the year 1665, the Treaty of Purandar was signed between Jai Singh and Shivaji. Amongst several demands, the treaty had required the Maratha ruler to give up Fort Kondhana to the Mughals. After it was taken over by the Mughals, the fort was guarded by Rajput, Pathan and Arab troop guards headed by Udaybhan Singh Rathod who was known to be a tremendous warrior of a massive physique. Also, Udai Bhan had a killer elephant called Chandravali and a lieutenant called Sidi Hillal. Plus, he was assisted by his 12 sons, all stronger than himself.

The Mughals taking control of the fort is said to have deeply disturbed and enraged Chattrapati Shivaji’s mother Jijabai. She asked Shivaji to get back the lost Kondhana Fort.

Chattrapati Shivaji Maharaj had to follow the order of Jijabai, he knew that the Fort was impenetrable so he needed an exceptionally. He spent several hours thinking whom he should appoint to capture the fortress. capable commander for the campaign.  There was nobody more capable thought Shivaji Maharaj other than Tanaji Malusare, his prized companion from early youth, and a man of iron will, who had accompanied Shivaji Maharaj on all historic associations. Tanaji was preparing for his son's marriage but he was a patriot so the wedding was put off and with a group of 1,000 soldiers, Tanaji started for Raigad, the fort of Maratha King. There he met Shivaji and took the blessings of Jijabai and started the victory campaign.

In order to gain intelligence, he spent a few days with the local Koli people. They told him that while Sinhgad was generally considered impregnable, an attempt could be made from its right side at a point known as the Dongri Cliff. One of the main challenges was the steep cliff of the fort, Upon reaching the foot of the fort, Tanaji and his detachment of 300 troops were said to have scaled the fort on a dark night with the help of a domesticated Bengal monitor lizard (called ghorpad in Marathi) named Yashwanti to which they were said to have tied ropes and sent crawling up top to the precipice of the fort. Tanaji and few of his men successfully scaled the steep hill fortress. The other Maratha soldiers approached Sinhgad’s western gate known as the Kalyan gate. The troops went by different paths and reached a place which was least liable to discovery.

The troops led by Tanaji entered the Fort but they were very few in numbers so Tanaji continuously motivated them by signing the song of bravery and patriotism.  The energized Marathas successfully killed many of the Mughal soldiers guarding the fort. Upon learning about the attack, Udai Bhan, ordered that his elephant Chandravali be unleashed against the enemy, Tanaji killed the elephant by cutting off its trunk with a single sword stroke. He also successfully killed Sidi Hillal and 12 sons of Uday Bhan. His sons’ death, at last, roused Udai Bhan, rallying the rest of the garrison he went towards Kalyan Gate. Seeing that there were only a few number of Marathas as compared to his army, he massively rushed on the enemies.

A terrible hand-to-hand fight took place in the light of torches. Udai Bhan lunged at Tanaji and broke his shield. The massive Rajput’s blows were proving too much for Tanaji who fought back with great vigour but without a shield, he was greatly handicapped. Udai Bhan took the opportunity to cut off Tanaji’s left hand but the Maratha chief kept fighting despite the loss. As the battle raged around him, Tanaji made a desperate lunge at Udai Bhan and cut off his head, but weakened by the loss of blood, fell dead himself. However, Tanaji's troop was able to open the Kalyan Darwaza, Few hundreds of troops headed by Suryaji (Tanaji's younger brother) attacked the army holding down the fort. The fort was eventually conquered.

It was a great victory for the Marathas, but there was no elation in their camp. The news of the victory was conveyed to Shivaji Maharaj, who rushed to the fort eager to congratulate Tanaji, but to his dismay, he saw the brave man’s slain body. Shivaji was struck with grief and expressed his sorrow by famously saying,

Tanaji’s sacrifice did not go in vain. One month after the fall of Sinhgad Purandhar was occupied without much resistance. By the end of June Maholy, Kurnalla and Lohgad were taken. After Shivaji’s death, the battle was continued by his sons and grandson and the later Maratha rulers until the Marathas occupied nearly 70 per cent of undivided India. As for the Mughals, the once-proud dynasty ended up becoming vassals of the Marathas.

Chatrapati Shivaji Maharaj renamed the fort to Singhgadh in memory of Tanaji;
The 'Wakadewadi' in Pune city was renamed as "Narbir Tanaji Wadi';
In the Medieval era, Tulsidas composed the poem Powada depicting Tanaji's bravery;
Hindutva Ideologue, Vinayak Damodar Savarkar wrote a Ballad on Tanaji Malusare but it was banned by the colonial British government. This ban was lifted on May 24, 1946;
The fort houses a memorial to Tanaji;