Cheraman Juma Mosque is believed to be the first Mosque of India and the oldest mosque in the Indian subcontinent, located in Thrissur, Kerala. A landmark of religious importance for Muslims, it was constructed during the lifetime of Prophet Muhammad. The Mosque holds an important place in the social history of India as it was constructed more than 1300 years ago in 629 A.D on the order of the successor of  Cheraman Perumal Bhaskara Ravi Varma Tajuddin the Chera Dynasty king, and possibly the first Hindu who converted to Islam.

History of the Mosque

Inscription in Arabi-Malayalam language on the gate of the masjid gives the date as 5 Hijri. It was built by Malik Deenar, Persian Sahaab (companion of the Islamic Prophet Muhammad), on the orders of the successor of Cheraman Perumal Tajuddin, the Chera King of modern-day Kerala. The Masjid has been reconstructed multiple times, there is an ongoing project to restore the Old Architecture of the Musjid. 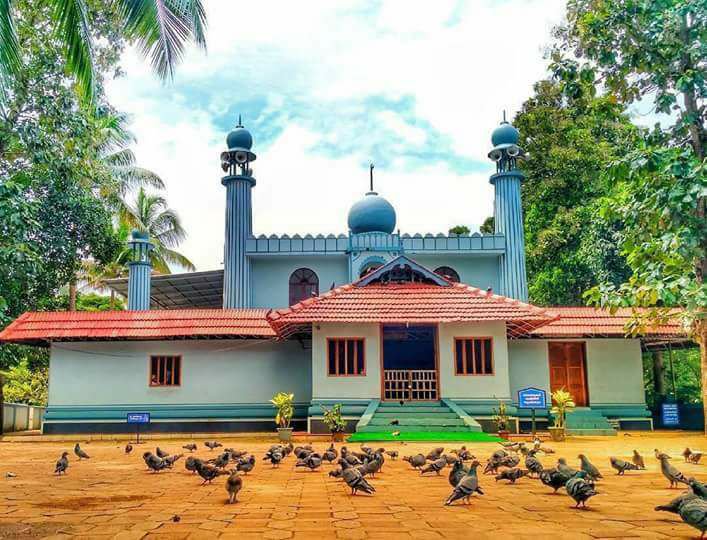 There are multiple stories associated with the Mosque, as per the most common story, Cheraman Perumal witnessed the splitting of the moon, a supernatural event mentioned in the Quran. He was curious about it, he turned to his astrologers but their answer did not satisfy him. Coincidentally, there were few Arab traders who visited his court after a few days of the incident, they told him that it was a Miracle which was done by Prophet Muhammad. He was more curious to hear it and went to Mecca to meet the Prophet and understand more about Islam. At Mecca, he met the Prophet and embraced Islam. He spent some years there and while returning home, fell ill and died at Dhofar in Oman. Before his death, he wrote letters to his successor rulers of Malabar and handed them to his fellow travellers. One of them, Malik Deenar, who reached Kodungalloor along with his companions, handed over the letters to the ruling chieftains. On the basis of the letter, they were given permission to construct mosques. It is said that the successor of Cheramal Perumal handed over Arathali temple to Malik Deena to turn it into the Cheraman Juma Mosque.

The mosque has been a symbol of Religious Harmony

At Cheraman Mosque the Hindu tradition of Vidyarambham is performed by the mosque's Imam, he traces the alphabet drawn in the sand on a child's tongue, indicating an invocation to Saraswati, the goddess of learning. The tradition takes place on every Vijaydashmi.

The mosque allows people from other religions to enter the mosque, and devotees offer oil for burning the 1,000 years old lamp.

How to reach Cheraman Juma Mosque

It is situated just 2 km from Kodungalloor town. The nearest railway station is Ernakulam, about 36 km and Thrissur, about 38 km and the nearest airport is Cochin International Airport, about 28 km. Timing of the mosque is 05:30 a.m to 06:00 p.m.