A City where people await death and attain Moksha

A City where people await death and attain Moksha 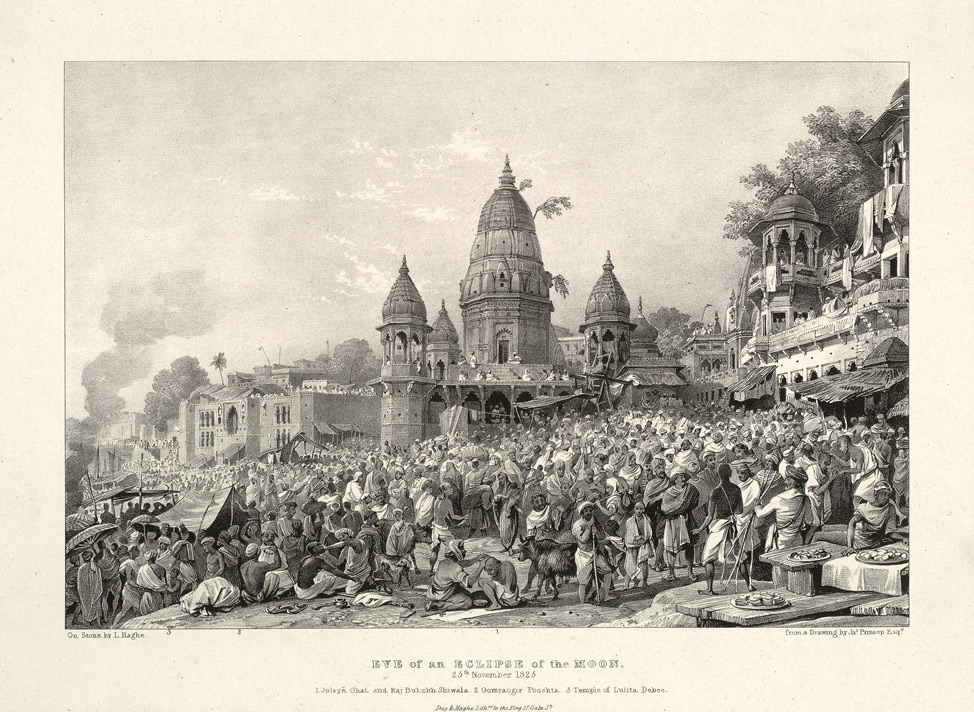 The city of Kashi, Varanasi, in Uttar Pradesh, is believed to be the “Moksha Dhaam”. It is believed that dying here, one gains liberation from the earthly round of samsara. In pic: 1825 Varanasi Ghat, Source - Wiki

Varanasi is famously known for being the 'religious capital of India' where thousands come for various spiritual purposes. Some come for the last rites, some to conduct their newborns' birth ceremony and some, to die peacefully. In Hinduism, death is considered as a gateway to another life marked by the results of one's karma. It is believed that a dead human's soul attains moksha and hence breaks the cycle of rebirth when the person dies and the body gets buried here. Thus, there are a number of elderly across the whole country who come here and spend their last days in the desire to achieve Moksha. There are many who spent years in rented accommodations in the anticipation to attain Moksha, many come here with a strong feeling of death and there wish gets fulfilled in a few days.

Lodges - Where People Checkin to die

There are 03 dedicated lodges where the living people Check-in to die namely, Kashi Labh Bhawan, Mumukshu Bhawan and Ganga Labh Bhawan. The admission of the people in this guest house is dependent on the judgement of the Manager of the property. According to Bhairav Nath Shukla, the manager at Moksha Bhavan, for the last 44 years, the only criteria for admittance is the acceptance of death as a reality, and the desire to die in Kashi and attain Moksha. The guests are allowed to stay in the lodge for 15 days, these 2 weeks are spent in anticipation of their death. In case, the person doesn't die during that period than he/she has to leave the lodge. In some cases, the Manager extends the stay basis on this expert judgement. In the picture, Bhairav Nath Shukla, Manager Kashi Labh Bhawan, photo source: Twitter.

Bhairav Nath Shukla has witnessed more than 12000 deaths, he has gained may life lessons about the truth of Life and have shared those in interviews. Shuklaji says that it is utmost important to resolve all conflicts before you die, he tells an experience which is worth reading

"The story of Shri Ram Sagar Mishra, a Sanskrit scholar of his times. Mishra was the eldest of six brothers and was closest to the youngest one. Years ago an ugly argument between the two brothers led to a wall to partition the house.

In his final days, Mishra walked to the guesthouse carrying his little paan case and asked to keep room no. 3 reserved for him. He was sure he will pass away on the 16th day from his arrival. On the 14th day, he said, “Ask my estranged brother of 40 years to come to see me. This bitterness makes my heart heavy. I am anxious to resolve every conflict.”

A letter was sent out. On the 16th day when the youngest brother arrived, Mishra held his hand and asked to bring down the wall dividing the house. He asked his brother for forgiveness. Both brothers wept and mid-sentence, Mishra stopped speaking. His face became calm. He was gone in a moment.

Shukla has seen this story replay in many forms over the years, he says, “People carry so much baggage, unnecessarily, all through their life only wanting to drop it at the very end of their journey. The trick lies in not having conflicts but in resolving them as soon as one can”.

As per Hindu Mythology, Vishnu, after several thousand years of Tapasya, trying to please Shiva, to convince him to not destroy the holy city of Kashi when he destroys the world, managed to do so. Lord Shiva along with Parvati came to Kashi before Vishnu to grant him his wish. Vishnu dug a kund (well) on the bank of Ganga for the bath of the couple. When Lord Shiva was bathing a Mani (Jewel) from his earring fell into the kind, hence the name Manikarnika (Mani:Beads Karnam:Ear Angad: Ornament). There is another myth about the ghat: the ear jewel from lord Shiva fell down while he was dancing angrily, which fell on the earth and thus Manikarnika Ghat formed. There are much more mythology related to it.

Even today some people believe when old age people say they are going to Kashi, it is assumed they would not return as they would spend the remainder of their lives there and die there in hopes of moksha.