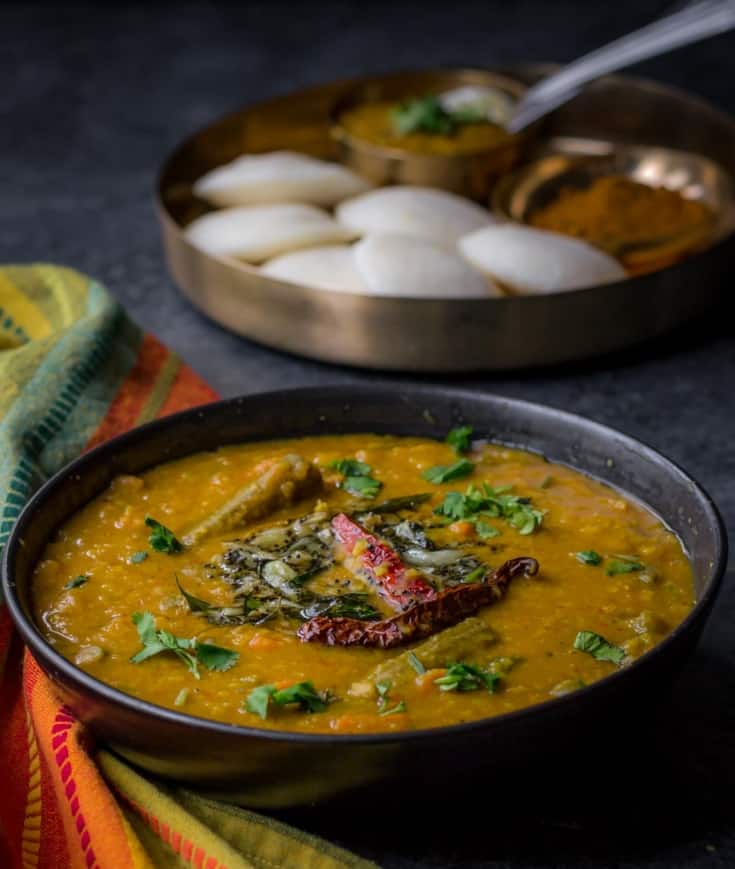 Sambhar, the tasty South Indian dish which is an integral part of menus across most of Southern India was actually a contribution of the Thanjavur Marathas.

The Maratha origin of sambhar is a known oral story which is documented in several Web sources (for example‘The Story of Sambhar' by Padmini Natarajan) and newspapers, including TOI and The Hindu. The story of Sambhar goes as follows:

Sambhar was accidentally prepared in the Thanjavur kitchen of the Marathi King “Shahuji Bhonsale” in the 17th Century. Chatrapati Shivaji Maharaj's son Sambhaji was a special guest for Shahuji, Shahuji ordered his royal chef to prepare traditional Marathi dishes. Marathas famous for being vegetarian had planned on serving the traditional Amti, it is a traditional Maharashtrian spicy, tangy, sweet and sour lentil dish. The major ingredients of Amti is Moong Lentil (Green gram split lentil) and Kokum. Kokum is a plant belonging to the mangosteen family from the western ghats coastline. Its outer cover is dried and powdered and used as a slightly sour spice in Maharashtrian cooking.

The royal cook found that the Moong daal and Kokum were out of stock, to follow the king order he experimented with Arhar/Toor lentil (Pigeon pea lentils) and Tamarind pulp instead of Kokum. The newly found dish was served to the royal guest Sambhaji, he would have had certainly like the newly experimented dish. The dish was certainly not the traditional Amti and it had to be named so the royal chefs named it sambhar after the guest of honour, Sambhaji.

Another story tells that the experiment was done by King Shahuji himself. Whichever story is true but the simple circumstances based experiment turned out as one of the most liked food of nowadays.