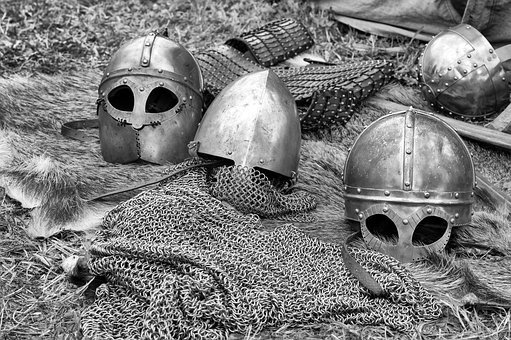 Failure In The First Attack Of Magadha

Chandragupta started to gather his supporters by winning the hearts of the people of Magadha. Hemchandra Raychaudhary in his book 'Political History of Ancient India' mentions that the Nandas were very cruel and the public hated them because of extortion. Chandragupta took advantage of the circumstances and decided to subjugate Magadha. A passage of Buddhist text Mahavamsha Tika mentions-
"A boy was eating from the centre of the bread and was leaving its corners. His mother pointed out,"You are behaving like Chandragupta Maurya.......................You are eating the bread only from the center leaving its corners." In the same manner, Chandragupta who is desirous to become the emperor began molesting the interior villages and towns without subduing the border areas. It was certainly his folly to have done like that."

Chandragupta managed to escape in the forests with the help of his guru, Kautilya. Later they wandered here and there in the streets of Pataliputra in the clothes of ordinary men to analyze the cause of their defeat.

Revolt In Punjab And Nearby Regions

Alexander had subjugated Punjab and nearby regions by subduing the locals. He had placed several satraps or governors to look after the territories. The people were not accepting the rule of the Macedonian warrior and when Alexander departed to the East, people revolted. The satraps like Philip and Nicator started to get killed in the revolt. Chandragupta took advantage of the then political state of affairs. He conquered Punjab, Sindh and nearby regions and admitted people of Punjab, Kamboj, Gandhara, Kirat, Persia, and Greece to face the mighty Dhana Nanda.

Chandragupta had intimate relations with a king of the Himalayan region named Parvataka. The combined forces of Chandragupta and Parvataka waged war against the Magadhan sovereign in 323 B.C.E. I was a very ferocious war since Milindapanho mentions the great struggle between the Nandas and the Mauryas: "There was Bhaddasala, the soldier in the service of the royal family of Nanda, and he waged war against king Chandragupta. Now in that war Nagasena, there were eighty Corpse dances. For they say that when one great Head Holocaust has taken place (by which is meant the slaughter of ten thousand elephants, and a lack of horses and five thousand charioteers, and hundred kotis of soldiers on foot), then the headless corpses arise and dance in frenzy over the battle-field." The passage contains a good deal of mythical embellishment. But we get the reminiscence of the bloody conflict between the Nandas and the Mauryas. Curtius, Plutarch, and Diodorus seems to give a detailed description of the huge Nanda forces having 200000 soldiers on foot, 20000 cavalries, 2000 chariots and 3000, 4000, 6000 elephants respectively. Despite having such a huge armed force, Nandas were badly destroyed and killed in the battle-field in 323 B.C.E. resulting in no heir-apparent left. This incidence led to the foundation of one greatest empire in the history of India i.e. the Mauryan Empire.
The article is taken from
historicalodessey.blogspot.com
Patna