The Prince of Wales visiting the Durga Mandir , Banaras Year 1876

The Prince of Wales visiting the Durga Mandir , Banaras Year 1876 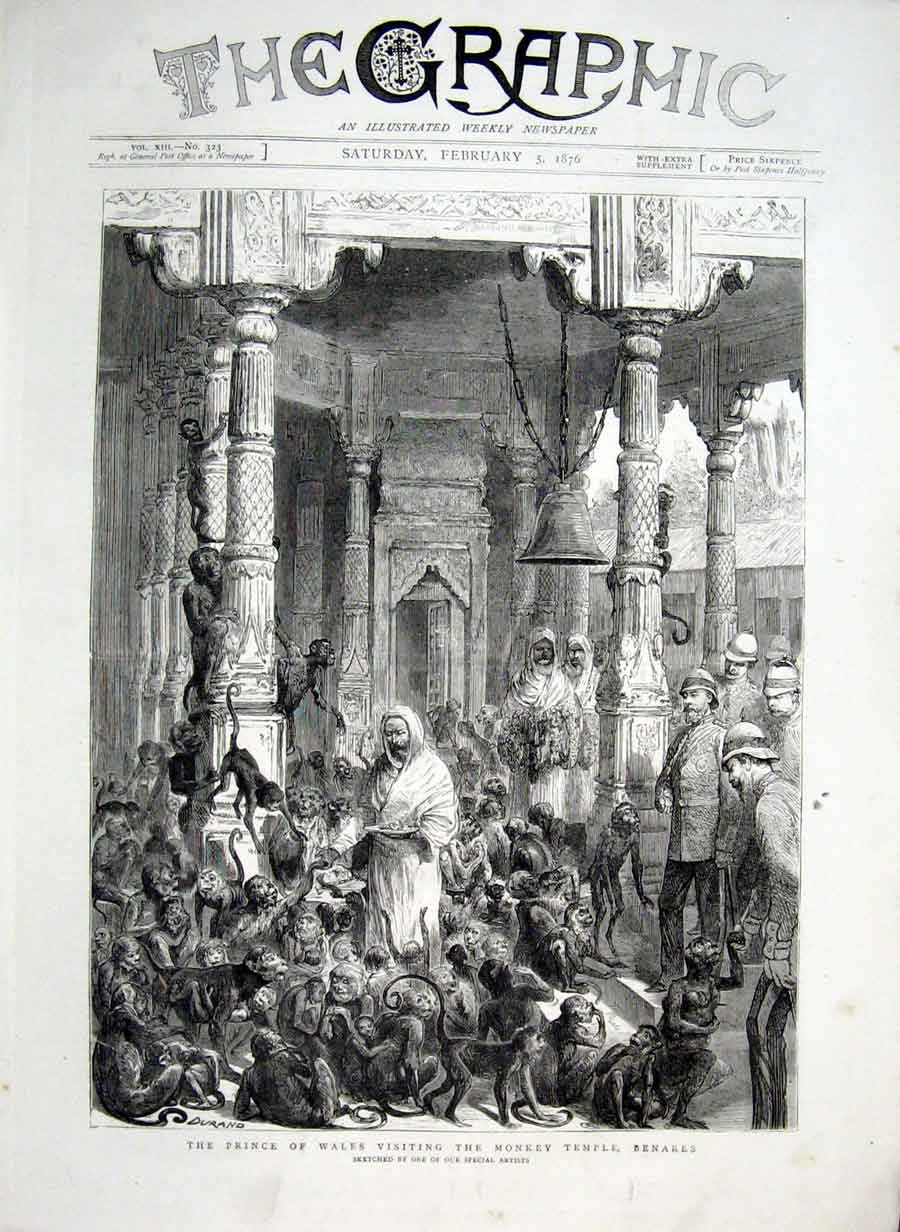 Durga Mandir also known as Durga Kund Mandir, Durga Temple and also monkey temple, is one of the most famous temples in the holy city of Varanasi. This temple has great religious importance in Hinduism and is dedicated to the Maa Durga. Durga Mandir was constructed in 18th century by Bengali Maharani (Bengali Queen).

Durga Mandir was constructed in 18th century by Bengali Maharani. The temple is dedicated to the Goddess Durga. Next to the temple, is a kund (pond) which was earlier connected to the river Ganges. It is believed that the existing icon of the goddess was not made by a man but appeared on its own in the temple.

In adhyaya (chapter) 23 of the Devi-Bhagavata Purana, this temple's origin is explained. As per the text, Kashi Naresh (king of Varanasi) called for a Swayamvar for his daughter Sashikala's marriage. The King later learnt that the princess was in love with vanvasi prince Sudarshan. So Kashi Naresh got his daughter secretly married to the prince. When the other Kings (who were invited for Swayamvar) got to know about the marriage, they got angry and went on war with Kashi Naresh. Sudarshan then offered prayers to Durga, who came on a lion and fought the war for Kashi Naresh and Sudarshan. After the war, Kashi Naresh pleaded to Durga to protect Varanasi and with that belief, this temple was constructed