The Brihadishvara Temple at Tanjore year 1869

The Brihadishvara Temple at Tanjore year 1869 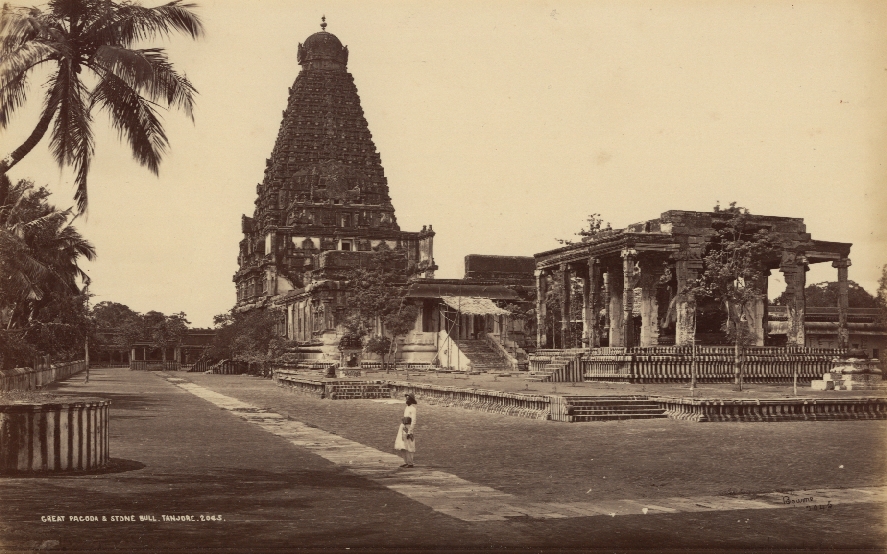 The Brihadishvara Temple at Tanjore, taken by Samuel Bourne in 1869.The Brihadishvara Temple built by the Chola king Rajaraja around 1010, is a monumental temple standing in the middle of a large courtyard surrounded by smaller shrines. To the east of the temple there is a 16th century pavilion with a huge monolithic sculpture of Nandi, the white bull sacred to Shiva to whom the temple is dedicated. On the north-west of the main shrine, there is a temple dedicated to Subrahmanya dating to the 17th century. The temple is entered through the east by two gateways. The tall pyramidal tower over the sanctuary reaches 70 metres and consists of diminishing storeys culminating in the octagonal domed roof and the golden pot finial. It is covered with miniature edifices and figure sculptures that symbolise the cosmic manifestation.