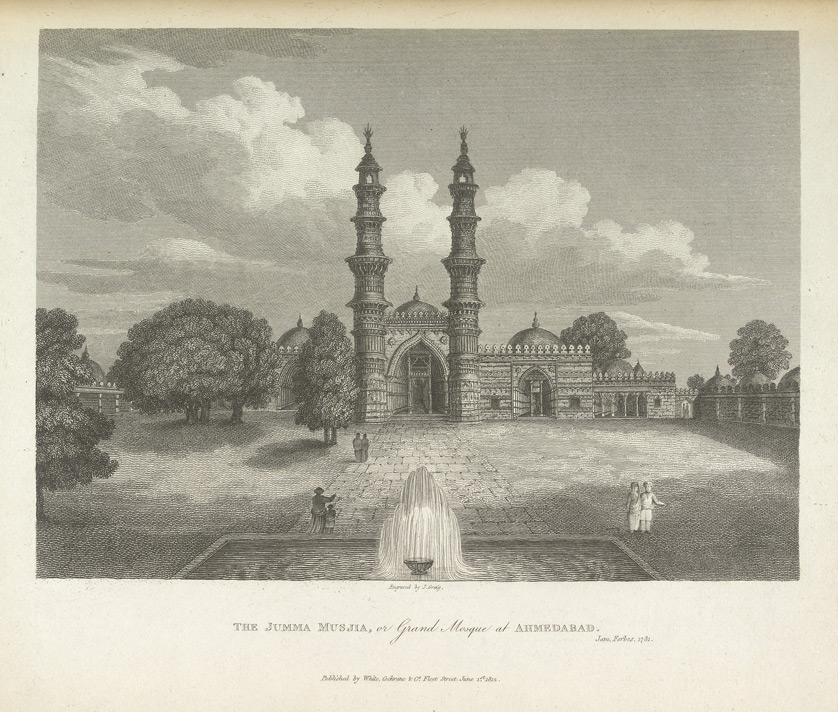 Plate seventy-six from the third volume of James Forbes'"Oriental Memoirs". The city of Ahmadabad was founded by Sultan Ahmad Shah who also built the Jami Masjid, or the main congregational mosque. It 'stands in the middle of the city adorned by two lofty minarets, elegantly proportioned and richly decorated: each minaret contains a circular flight of steps leading to a gallery near the summit'. To Forbes it was a wonderful example of an architecture where 'grandeur and simplicity unite, and fills the mind with reverential awe.'