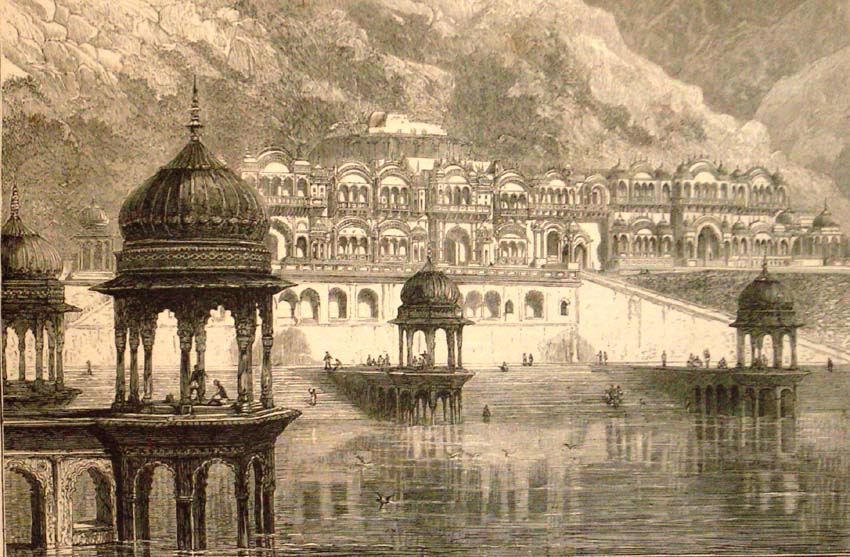 The City Palace, also known as Vinay Vilas Mahal, built in 1793 CE by Raja Bakhtawar Singh, blends the Rajputana and Islamic architectural styles and has marble pavilions on lotus-shaped bases in its courtyard. The palace houses a state museum with a collection of manuscripts, including one depicting Emperor Babur’s life, Ragamala paintings and miniatures, and historic swords that once belonged to Muhammad Ghori, Emperor Akbar and Aurangzeb; and a golden Durbar hall. This palace that once belonged to the Maharaja (lit. Great Ruler) has now been converted into a District Administrative office also housing the District Court.