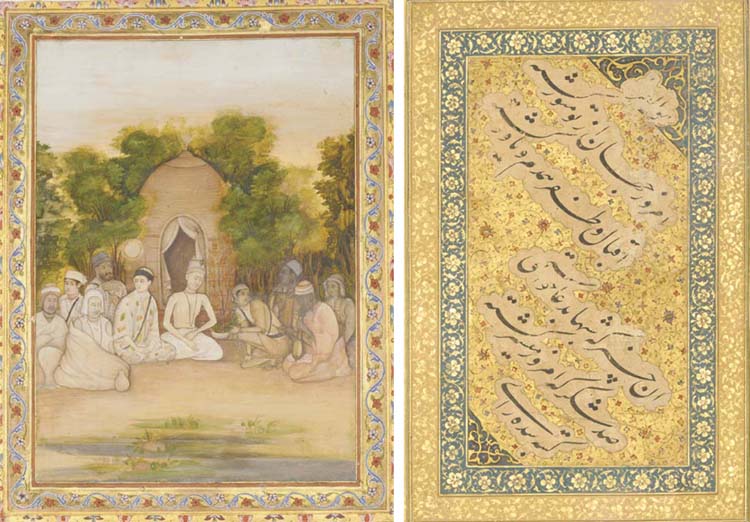 Raidas, Ravidas, Matsyendranath and Gorakhnath, a Mughal miniature, year around 1740-50

This picture is probably by Mir Kalan Khan as it is rare for a Mughal artist to have the title Mir. In view of the fact this painting is in the style of Mir Kalan Khan it is probable that he adopted this unusual way of signing his work. The composition of this picture is derived from the lower part of a well known 17th c. picture in the Victoria and Albert Museum depicting followers of Khwaja Mu'inuddin Chishti performing sama' at Ajmer. Most of the figures are directly copied from the row of saints at the bottom of the V&A picture; at the left in the front row are Raidas and Ravidas, the two Kanphata yogis on the right are Matsyendranath and Gorakhnath. The V&A picture is illustrated and discussed by Elinor W. Gadon, in Dara Shikuh's Mystical Vision of Hindu-Muslim Synthesis, Facets of Indian Art, V&A, 1986, pp. 153-7.